I’d like to think I’m blogging at least somewhat prolifically, but the reality of having a full-time newsroom job means that I simply don’t have the time to listen to and review as many records as I’d like to. Still, there are several albums from the first quarter of the year that I’d kick myself for not giving some amount of coverage. I might make this a regular feature (well, quarterly or so), depending on the quantity of new records I listen to that warrant discussion and my professional and personal timetable.

Anyway, who cares. I’m sure the moment after this is published I’ll find an amazing album from the first few months of the year that I missed. Then I’ll have to write about that too. Whatever.

Here are some words on some things:

“Necrobreed” kicks you in the teeth with savage brutality from start to finish, is one of the best death metal records in recent memory and a flagrant middle finger to every negative stereotype associated with the genre.

Beyond that, this may well be the finest record in the genre’s history since Cryptopsy’s “None So Vile” and a surefire contender for album of the year. This came out of nowhere, but Benighted’s eighth record truly lives up to the monolithic praise.

Each of “Necrobreed’s” dozen songs are full of the vicious malice that brutal death metal demands and the madness rarely lets up, aside from a few genuinely unnerving samples and instrumental breaks. Though the record is a 38-minute train of whirlwind insanity, it’s neither meatheaded or fatiguing. Nearly every song has standout moments of instrumental complexity and particularly grisly vocal theatrics that differentiate them from one another and keep things fresh despite their battering intensity.

While not every song is a showstopper, “Necrobreed’s” outliers are merely great at worst. But for the most part, “Necrobreed” is a nonstop highlight reel. Vocalist Julian Truchan’s depraved roaring and shrieks are magnificent throughout, but “Psychosilencer” and “Leatherface” feature some particularly fantastic bits that sound more like alien gurgles than pig squeals.

On the instrumental side, bountiful creativity does wonders to diversify each piece. Shredding and blisteringly-fast drumming are the dominant forces here, but there’s more than enough variety to stave off monotony. Audible basswork sneaks its way throughout the album, while “Der Doppelganger” and “Reeks of Darkened Zoopsia” showcase more directly impressive riffing. The former sneaks a borderline-melodic backing riff near its conclusion, while the latter track—a particularly outstanding piece on a record with no shortage of excellence—opens with a bit of creepy and glitchy riffing before dialing the ferocity to 11.

Such unerring violence would normally wear the listener long before a record’s conclusion and certainly kill its longevity, but there’s enough variety, depth and pure aggression here for many, many repeated listens. “Necrobreed” will certainly be an album to remember when the year’s “Best Of” lists are being drafted, and likely long after. The macabre hasn’t sounded this good in quite some time.

EOD: A Tale of Dark Legacy

Artist: The Great Old Ones

The Great Old Ones’ brand of Lovecraft-themed black metal isn’t going to blow open the gates to Hell with raw passion or spectacular creativity, but genre fans will probably find something to like on the French band’s third record.

“EOD: A Tale of Dark Legacy” doesn’t offer much in the way of technical skill or diversity, but the album is still a consistently enjoyable affair. Atmosphere is the saving grace here and carries the record where the largely simplistic instrumentation fails. “EOD: A Tale of Dark Legacy” is enveloped in frosty soundscapes that will please traditionalists and do an admirable job of supplementing the solid vocals.

Though basic, repetitive riffing is the norm for the genre, The Great Old Ones’ guitaring is nonetheless more white noise than hypnotic. It’s never so unpleasant to actively annoy, but such lacking in a key part of the music is still unfortunate.

That aside, there’s little to complain about. The tight vocal performance—raspy shrieks throughout—do enough to offset the instrumental simplicity and add enough bite to keep things interesting for the duration.

Memorable? Hardly. But as far as atmospheric black metal goes, you could do plenty worse.

Yeah, Immolation still kicks ass, even if “Atonement” is clearly lacking in the creative department.

Eleven good death metal songs. Forty-five minutes of pounding guitar riffs and frontman Andrew Sakowicz’s perpetually meaty growls. “Atonement” is classic death metal through and through and further proof that an impressive 10 albums in, Immolation is still one of the genre’s kings.

That said, “Atonement” is hardly groundbreaking or even exceptional. “Fostering the Divide’s” fantastic midsection and “Thrown to the Fire’s” great intro and crushingly slow pace are definite highlights, but the New York quartet’s latest succeeds less on standouts than its overall consistency.

There’s nary a weak moment here, but “Atonement” never comes remotely close to the jaw-dropping spectacle of the band’s watershed records such as “Closer to a World Below” and “Majesty and Decay.”

This is very much a middle-of-the road record for Immolation, full of immediately likable and suitably heavy licks, but lacking the raw intensity or technical ingenuity of the band’s finer works. Still, an average Immolation record is damn good, and “Atonement” is an accessible and more than enjoyable record certain to please genre fans. 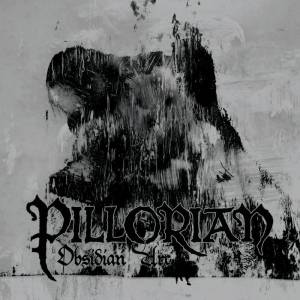 A key question I always ask myself when reviewing any material from a notable artist: If it weren’t for the brand recognition, would I care?

Here, the answer is a resounding “No.” “Obsidian Arc,” the debut LP from Pillorian, is only notable because it features John Haughm of Agalloch fame. Comparisons between the two bands are equal parts inevitable, unfair and understandable, but even without Haughm’s past work in mind, “Obsidian Arc” simply isn’t a memorable black metal record.

The instrumentation is acceptably fast and varied, the clean production is unobtrusive, and Haughm’s vocals are passable. Such safe, neutral adjectives. “Obsidian Arc” isn’t bad, but base competency is neither a good selling point or a recipe for an enjoyable listen.

The black metal building blocks are all here, but this is painfully uninspired stuff, even by America’s relatively low standards for the genre. This one is for Agalloch completionists only. 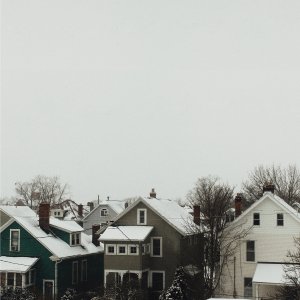 Album: Below the House

What a bunch of pseudo-atmospheric nonsense.

Atmospheric, because I suppose raw walls of sound and murky soundscapes at least theoretically fit that descriptor. Pseudo, because atmospheric music demands some level of engrossment, and there’s nothing remotely interesting about this 40-something minute slog through nothingness.

Planning for Burial’s “Below the House” is a dull Frankenstein of shoegaze strumming, semi-frequent metallic outbursts and overlong post-rock soundscapes that drag on endlessly. Track titles such as “(something)” and “Dull Knife” are about as inspiring as their names suggest, dominated by repetitive basswork occasionally interspersed with lifeless singing.

Taken individually, nothing is absorbing enough to stand out, while the complete lack of progression or thematic buildup makes the record as a whole a surprisingly fatiguing listen, despite its relatively modest runtime.

“Warmth of You” is the strongest track here, if only because something occasionally happens. The song moves at a brisk pace and the singing, backed up by some enjoyably chunky riffing, actually has quite a bit of life.

Elsewhere, “Below the House” is best when harsh screams clash against similarly loud riffing to create walls of sound with considerable bite. Unfortunately, those moments are very few and far between.

This one is very much the sum of its parts: A handful of negative stereotypes from two too many pretentious genres scrambled together in a hazy, lazy and instantly forgettable record.